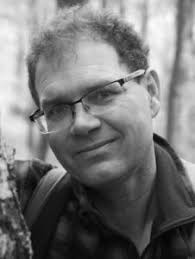 2. Inclusion of parton transverse momenta in describing the proton structure - the kT-factorization approach. In the standard picture of the nucleon structure, the transverse motion of partons: quarks and gluons in the nucleon is neglected. In the kT-factorization approach one goes beyond this approximation and the parton transverse momenta are taken into account. Because of the more complete treatment of the parton kinematics, including the radiation of gluons and quarks, this formalism is expected to provide kinematic distributions of particles produced in hadron collisions with enhanced quality.

3. Multiple scattering, diffractive scattering, higher twist effects, nonlinear parton evolution. The standard approach to hadron scattering is based on the hard factorization framework, in which a single pair of parton collides to form an energetic final state, like e.g. the Higgs boson. This approximation is well motivated by the Wilson Operator Product Expansion (OPE) for inclusive observables. In a typical high-energy hadron collision, however, more than one pair of partons scatters as the colliding high-energy hadrons are relatively "densely filled" with partons. In fact, the most frequent phenomenon is the multiple scattering, and in order to fully describe the high energy hadron collisions it is essential to take into account these effects. In particular they affect the color flow in hadron scattering events, leading to a special class of events - the diffractive events, whose theoretical understanding is still far from satisfactory. From the theory side, the multiple scattering effects are related to multi-parton distributions in hadrons, related to higher twist terms in the OPE. Such effects still call for better understanding in theory and for dedicated experimental measurements. When the multiple scattering effects are included into quantum evolution of parton densities, new phenomena emerge, that may be described in terms of nonlinear parton evolution equations. These effects are in the center of physics program in future particle colliders like the Electron-Ion Collider.